Looks like you're in the . Would you like to be redirected ? Yes or No
FREE SHIPPING WHEN YOU SPEND JUST $150 ON ALL PARTS & ACCESSORIES***
Home / Why City Biking Makes Sense (and Cents!) 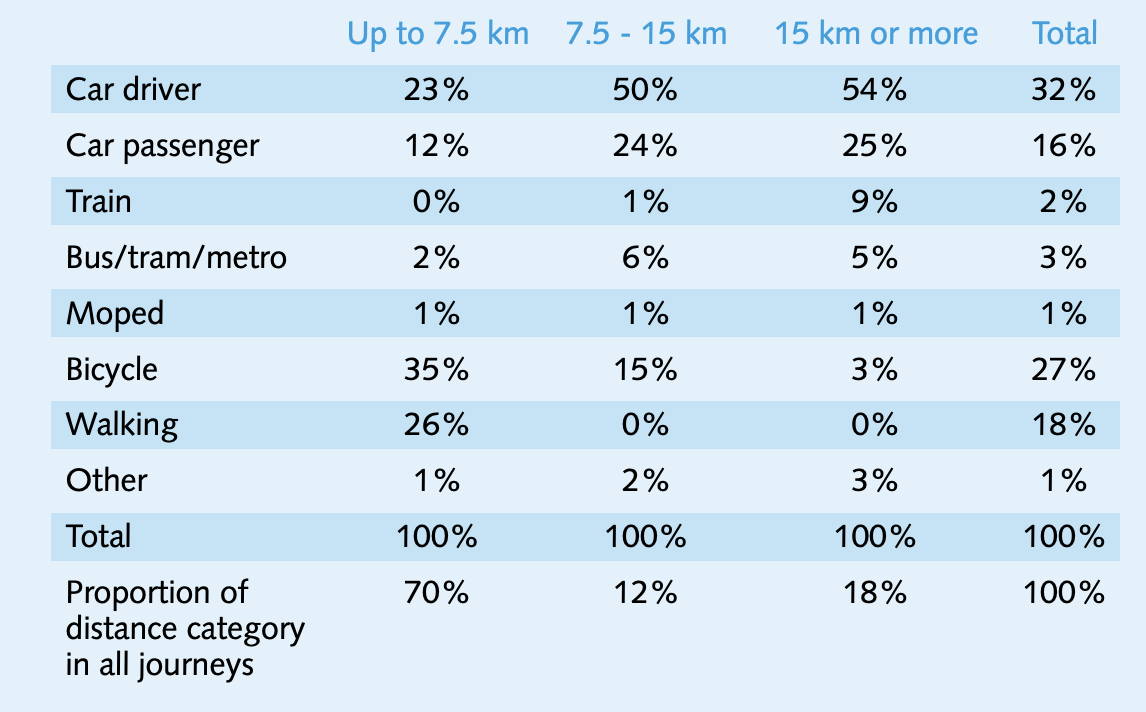 We human beings are creatures of habit. This means, unfortunately, it sometimes takes a crisis to run an internal audit and make big changes to health, happiness, and especially your wallet!

Riding a bike instead of driving or taking transit may feel like a big change - and it is! - but we can't even tell you how easy it is!

In our many years of selling city bikes we can confidently say one of the only things holding most buyers back is the voice in their head that says "Hey wait a minute... this isn't what my Mom or Dad said life would look like."

Many of our habits do derive from deep cultural assumptions about what adult life is supposed to look like, so it's probably a good thing that we are now in the midst of a huge cultural shift. Part of this is climate change, part of this is quality of life, and part of this is sheer economics. If you can assert your own voice against those deep and archaic voices in your head, you can certainly recover the childhood freedom of riding a bike -- this time, with full adult conviction.

Now, if you grew up in North America, chances are good you lived in a suburb where bicycles were just toys and the car was king. But, North America has been changing. Where property values were once measured by how driveable distances were, today they are measured by 'walk scores.' Suddenly proximity has become the measure of prosperity. Today, if you can live, work and play downtown you've got it all figured out.

But, old habits don't always change so fast. Being an adult still means owning a car, being a parent means owning a minivan, and somewhere deep in the North American unconscious, bicycles are still toys.

Are they really though? Heck no!

Perhaps one of the most reasonable visions of urban life comes to us from the Dutch. Perhaps counterintuitively to us, the Dutch actually have a very high car ownership for a country made of bicycles. (Higher per capita than the UK and France!) Where many in North America politicize bikes against cars, the biggest bicycle culture in the world still loves to drive? Why is that?

If the Dutch are one thing, it's practical. That means they use cars for some things and bikes for others - sorting which would be best by distance (like we said: practical). This lets the Dutch assess their own transportation choices in a more calculative way. For distances up to 7.5km, a bike makes more sense than walking or driving. And, for distances over 7.5km, the car begins to take over. Now that just makes sense.

And, it makes just as much sense here in North America. 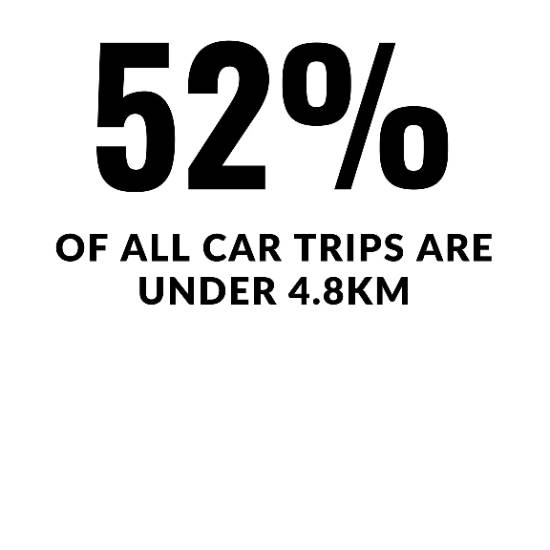 What's interesting however about Dutch trips overall, is that 70% of them are actually under 7.5km. That statistic speaks to the dense, high-proximity cities that many Dutch people tend to live in.

Again, the reason that 70% of Dutch trips are around 7,5km is because most Dutch people live 70% of their lives within a 7.5km radius. Now, whether you live in Amsterdam or downtown Toronto, that 7.5km radius is a good marker for the radius of your high-proximity lifestyle. Urban planners calls this an 'action radius.' If you live downtown, you've made a choice to live very close to a majority of your trips. That means you've got a very dense action radius - and that you're living your best life! That is, living your best life if and only if you're not driving within that radius. If you're using a car for most trips under 7.5km, we can only imagine how stressed out you must be.

However, an action radius of about 7.5km does raise two major transportation problems. The first is that most distances are way too far to walk (and walking is so slow!) The second is that most distances are way too close to drive. That drives a stake in the notion that a car is a necessity. Driving a car can be a royal pain the butt -- costly too.

It is for this reason that the Dutch - with their (rather blunt) practicality - choose to ride a bike. Many studies have shown that cycling links distances in an urban radius more efficiently than walking or driving; plus you don't have to worry about parking spots or parking costs. In short, cars are great for longer distance trips, but for downtown living, the bike is king.

In fact, for most of our customers who have converted to cycling the bike is their primary car and their car is their secondary car. So, you can own a bike and a car, but if you use the bike as transportation and the car as toy, you've got it all figured out. It all comes down to a change in perspective!

What's interesting is that here in North America, where the suburbs hold the majority of population, we still see that over 50% of all trips are under 7.5km. If you lived in the suburbs and used a bike for even 50% of your trips you could save on high gas prices, get some rose in your cheeks, and end up feeling pretty darn good about yourself.

Like we said, hopping on a bike is a big change but still: super easy! 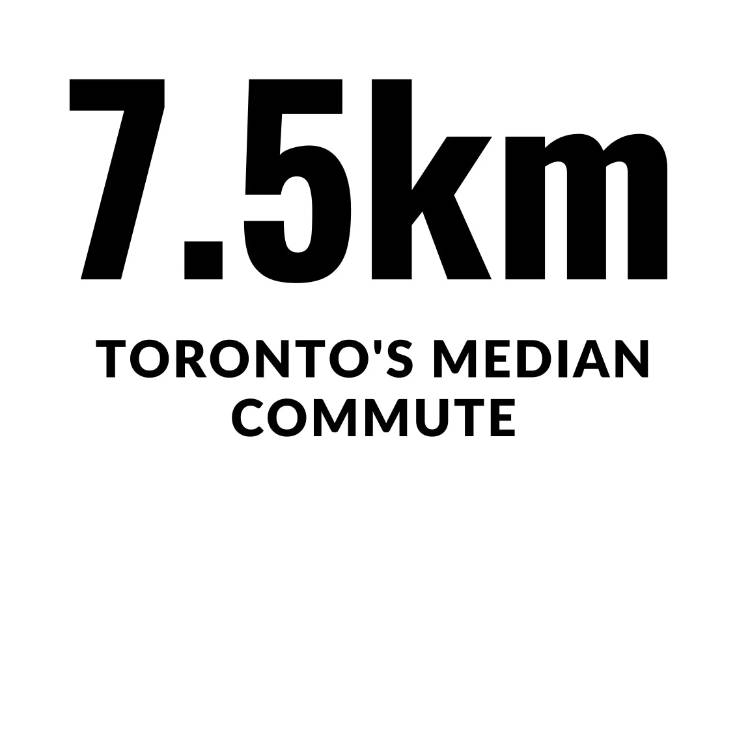 Now, the rise of e-bikes may be the best reason yet for ditching the car. A report by the German Federal Environmental Agency found that while conventional bikes are already faster than cars for trips up to 5km in urban areas (true here in North America too!), e-bikes increase this distance to 10km and greater. OK, now we're talking!

In Holland, planners have already begun to notice that e-bikes are cutting into car usage for distances between 7,5km and 15km. That's because distances over 7.5km feel too far too bike (true), yet gridlock in distances under 15km is long, inch-by-inch movement, in a shared environment of seething anxiety. Anyone driving from North York or Vaughn to downtown Toronto knows this feeling very well. Now, imagine a mode of transportation that is quicker than a car and can breeze through gridlock. Yep, that's an e-bike!

What's revolutionary about an e-bike is that it is still fundamentally, at the end of the day, a bike. If you buy a proper e-bike you must pedal in order for the motor to provide assistance. That means the motor has to be smart. It has to know that you're pedalling. Indeed, when buying a proper e-bike you are really buying a supercomputer that reads your torque, pedalling frequence and wheel RPM's, and then outputs a varying assist that is always tuning itself to your needs. It's difficult to describe, except to say that an e-assist bike might be properly bionic; the perfect example of a human/machine connection. Some customers have even said that it feels like the bike is reading their mind. All that to say: it's really cool.

If an e-bike can handle trips up to 15km better in a city than a car, then what does this mean for us city dwellers? It means that an e-bike could regularily commute to our downtown location from places as far as the airport - and do it better than a car.

Considering that the average Toronto commute is only 7.5km, an e-bike is a highly enjoyable way to save you money, health, and sanity! Plus, an e-bike is fun. SO - MUCH - FUN!!! And honestly, why shouldn't your commute be fun? Who ever said it has to be hell? 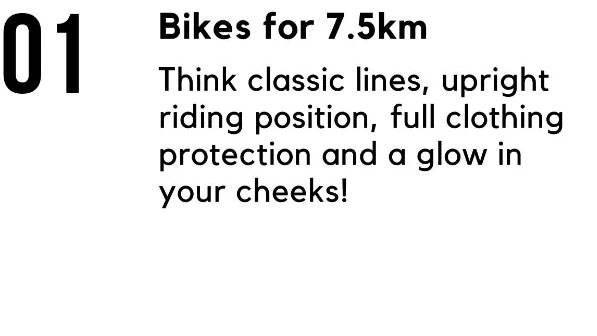 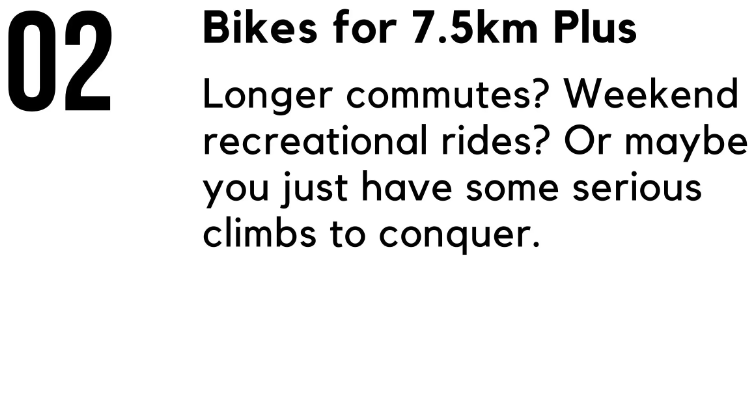 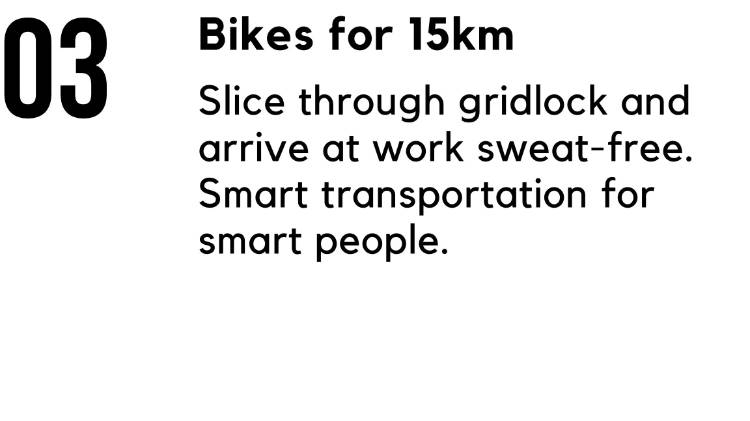 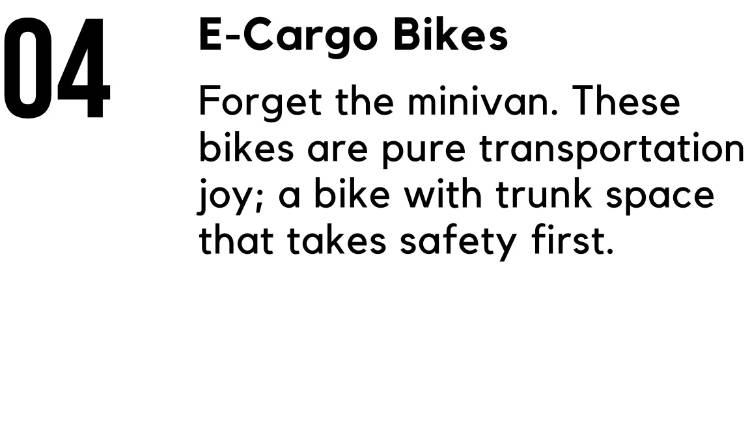